Why we still need to go to the streets for gender equity in 2019?

About last Friday’s #frauenstreik... Why did we go to the streets? A little bit of historical tragicomedy and some current facts to shed a light on the reality of Gender Equity in Switzerland in the year 2019.

Let’s face it: Switzerland’s relationship with gender equality didn’t start out too great. Only in 1971 was the right to vote granted to women, as second last in Europe. In a particularly shameful piece of our history, the canton of Appenzell Innerrhoden (AI) kept refusing the political participation of women for 20 more years, until they were finally forced by the Federal Court. In 1991, AI women can for the first time join the “Landsgemeinde” and raise yellow cards to cast a vote, instead of the rifles which the men bore as voting instruments (yes, really). Enough said.  If you’re enjoying this I recommend you read this whole article, it’s a riot and got me laughing out loud more than once. 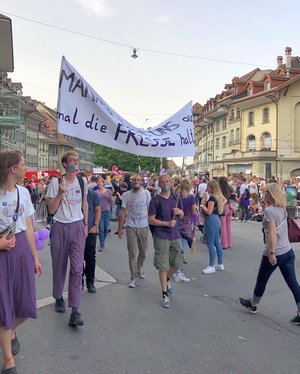 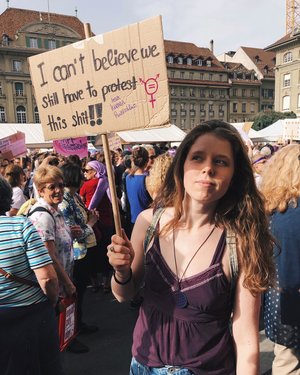 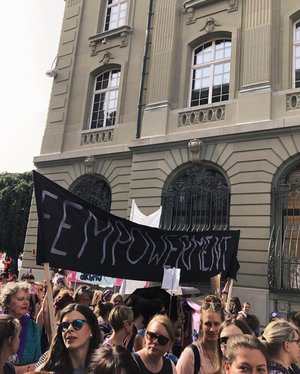 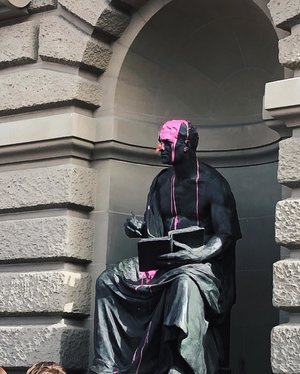 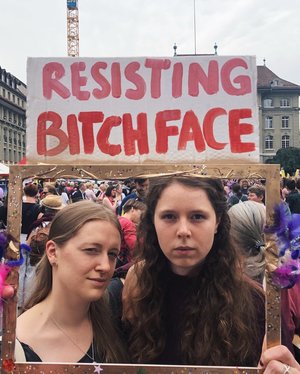 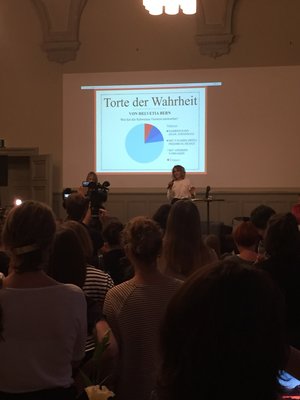 Fast forward to 2019. There are still plenty of structural barriers to women*'s full participation in all layers of society and the (subconscious or conscious) discrimination against anyone who was not born in a white skin with a penis that they identify with (read: cis gender white male) is still abundant. The political representation of women* is also still lagging behind, with 31.7% in the National Council and 13% in the Council of States. According to  a hilarious statistic presented at the Helvetia Ruft launch evening in September 2018, more men called Hans/Johannes (or Jean in French) were part of shaping Swiss laws than women. Ever.

Beyond politics, Switzerland remains the third worst OECD country in terms of Gender Equality in the workplace according to The Economist’s Glass Ceiling Index, which makes us collective lose out on a massive potential in the workforce. Shockingly, Switzerland was just classified least family friendly country (!) amongst European countries in a UNICEF study.

So on the one hand, employers are losing out on talent as young people joining the workforce increasingly have aspirations and values that differ. On the other hand, many women* cannot fulfill their potential because of these structural barriers (and no, it’s not all because we “should only learn to negotiate better”). Men* also suffer from the situation, with high pressures to be the breadwinner, stereotypes of masculinity that precludes having feelings and the vast majority of fathers wishing to have more time for their families. If the situation is so bleak, why are we not seeing faster change?

Initiatives we know would help, such as parental leaves, fail to gain ground in our Parliament. Despite many efforts and often a genuine intention to have workplaces in which all employees can thrive and make their best contribution regardless of their gender, few actually achieve this objective. Organisational cultures remain ingrained by unconscious biases, gender stereotypes and discrimination - and a new leadership program for women will not change this.

For us at collaboratio it is clear: we need systemic change. So what can we do? This is exactly the question our Gender Lab, a Social Laboratory on Gender Inequality in Swiss workplaces, asked. Our take was that we need to approach the topic in a different way, and focus on understanding the perspectives of different actors in the system, in order to begin grasping the root causes of the situation we are in.

Self and collective exploration brought about by Theory U is a radical and deep approach that has the potential to change perceptions and awareness of others and culture. Only through such an approach can the areas in which change is needed be surfaced as well as the commitment to change be fostered. The Gender Lab, which officially ended in June 2018, lives on through it’s prototypes - the tested solutions that resulted out of this Lab. One of them is called “A spark for change - gender equal and inclusive organisations through transformative dialogue” and is taking the approaches practiced within the Gender Lab into companies. Such spaces, dedicated to exploring the deeper layers of the issue and building the commitment to change, are crucial to move forward. Indeed, if we want to make any progress at all, we need to go beyond the polarities (“verhärtete Fronten”) and start to engage diverse stakeholders in fruitful collaborations.

This is also the spirit that I have experienced on Friday during the second national women’s strike (#frauenstreik2019). For a country whose culture doesn’t really include going to the streets (compared to, say, our lovely French speaking neighbours) I think we did really well... A beautiful crowd of hundred of thousands, all ages and gender expressions, came together to demand that which is obvious. Treat all humans like humans, provide the same opportunities to flourish to all. No one is free until we all are! ✊🏻